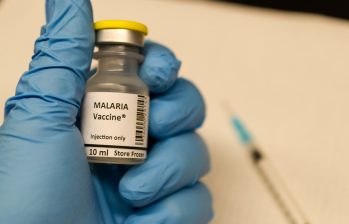 Many methods are used for the prevention of Malaria such as mosquito nets, spraying, etc but vaccination is the key to shifting the fight against malaria from sustained control to eradication.

PlasProtecT® is a novel malaria vaccine candidate developed at Griffith University Gold Cost by Professor Michael Good. It consists of whole malaria parasites that are grown in the laboratory under strictly controlled conditions. The parasites are treated with a chemical so that they can no longer replicate or cause infection. These treated parasites are then administered as a vaccine to raise an immune response without causing  disease. The body is then primed to fight malaria parasites that may enter the body in the future, preventing malaria infection.

The vaccine has already been created and is able to be manufactured (2011-12). The vaccine has been produced for animal studies (2011-12) and has been shown to have broad-spectrum protection against infection with malaria parasites in animal models (2012-14)

The vaccine has been used for pilot clinical studies in human volunteers. A preliminary study with a small sample of human volunteers has shown that the vaccine is safe and able to induce an immune response (2014-16).

The next stage is a more extensive clinical trial in Australia.